Start a Wiki
Our community needs more information on this page! Can you help out? Click here to add more.

No Straight Roads is an upcoming rhythm-based action-adventure game developed by Malaysian studio Metronomik and published by Sold Out. The core of the gameplay revolves around its soundtrack, enemies, and attacks all timed to the beat of the music, while the protagonists fight by firing notes like bullets, transforming props and objects into weapons, or simply smacking them with their instruments.

With the creation of the studio Metronomik, No Straight Roads becomes its first project to be developed. The game's demo had been first released on Tokyo Game Show 2018, showcasing the boss battle by Yinu and her mother. After the game's demo release spread from towards global gaming events, it became a critical success by critics and audiences alike that it won over 3 awards, and gained two more demos featuring a new boss battle by DJ Subatomic Supernova and a story introduction level.

It was slated to be released in spring 2019. However, it is postponed to be released for the PlayStation 4 and PC in early 2020, due to Metronomik's new partnership with Sold Out to have its digital release to be properly managed.[4]

Later on September 11, 2019, the Japanese voice cast is available for No Straight Roads, including well-known Japanese voice actors Ayane Sakura and Jun Fukuyama. This trailer also announce a guest musician Masahiro "Godspeed" Aoki, who is known for creating music scores for the Sengoku Basara franchise, Astral Chain, Street Fighter V, and Final Fantasy XV Multiplayer: Comrades. Joey Bizinger, also known as his YouTube handle The Anime Man, is credited to voice an NPC named the Music Elitist in both English and Japanese versions.[5]

On October 30, 2019, in Paris Games Week, the game revealed its French voice cast, along with information about the rest of the artists revealed other than Subatomic Supernova's and Yinu's, guest musician and voice actor Clyde Rabatel, and a few new non-playable characters.[6] The game also participated in the release of an upcoming virtual reality app called Beam Beam, which can be seen in a glimpse on a television, before Mayday angrily strikes it hard. [7]

Other than the respective voice actors of Mayday, Zuke,[8] Yinu and her mother[9], DJ Subatomic Supernova[10], and the Music Elitist; Metronomik revealed more voice actors' names for the original English dub of No Straight Roads on November 8, 2019, for a 2-day, Level Up Play 2019 event. One more new character, DK West (voiced by Alfred Loh), is added to the game.[11] It was not until one day later that DK West has his character design revealed, and is the boss in game.[12] In addition to this, Az Samad, who created DK West's rap song, has been added as a guest composer alongside Aoki and Rabatel.[13]

Starting on January 29, 2020, a social media event made by the official video game, #StarsofVinylCity, spawns non-playable characters once or twice a week, including a few who were on promos.[14]

Other than releases for the PlayStation 4 and PC, Metronomik announced additional console transfers for the Nintendo Switch and XBOX One in their Rock Rebellion trailer on May 14, 2020, along with a Collector's Edition for all console ports (excluding PC) that is available to pre-order. This trailer also added an European-Spanish dub of the game for Spanish-speakers from both Spain and Latin America,[15] and the new guest reveal of Japanese rock band One Eye Closed.[16] An Assist Mode is only available on the Nintendo Switch, featuring the Elliegator.

Metronomik's debut video game has it release date moved from early 2020 to just 2020. It's not only because the staff are carefully polishing the game to its final rendering, but the company has their concern towards the COVID-19 virus (Wuhan coronavirus) spreading all around the globe.

The Wuhan coronavirus spreading from China caused the Taipei Game Show 2020[17] and GDC 2020[18] to postpone their events to summer 2020, which are the two events that Metronomik would participate. However, the latest build of the game's demo with Yinu and her mother managed to make it in PAX East 2020.[19]

As of March 16 and March 17, 2020, Metronomik and CD Projekt Red, Cyberpunk 2077's developer, decided to work at home to polish and finalize their games, in quarantine from the coronavirus.[20]

In Vinyl City, a city of lights and music, indie rock band Bunk Bed Junction, who are Mayday and Zuke, were about to impress the CEO Tatiana and some of the superstars from NSR. In an unfortunate turn of events, NSR dismissed them because the rock music genre is outdated; and a genre of music, EDM, is only acceptable. The duo plan to start a music revolution against the dominance of NSR and its EDM music on Vinyl City by crashing their concerts and performances with the power of rock.

Mayday and Zuke's pet alligator and a secret assistant character who tags along with them. She is only playable on Assist Mode and on Nintendo Switch only. Ellie might be a possible reference to the game's concept artist, Ellie Yong. 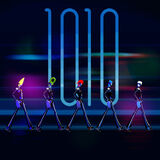 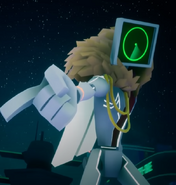 Neon J.
Add a photo to this gallery 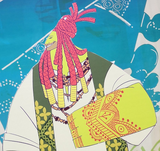 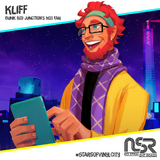 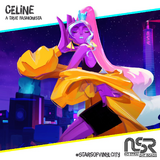 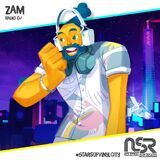 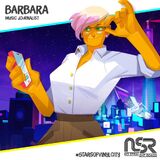 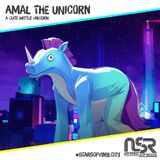 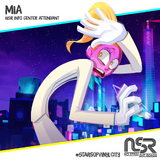 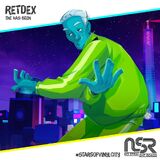 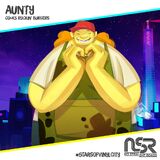 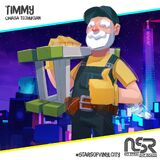 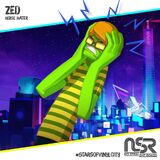 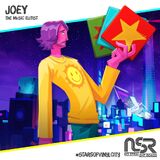 Kul Fyra
No further information is known about Kul Fyra, but their history about them bringing back rock.

Gigi
No further information is known about Gigi, except that it's one of the selection captions for breaktime menu where Mayday and Zuke rest underground from Vinyl City.

Kayane
Voiced by: Marie-Laure "Kayane" Norindr (FR)
Kayane is one of 1010's fans. She is most likely from the Akusuka district, because she wears a purple kimono. Aside from being a fan of Neon J, Kayane is probably a fan of Sayu, because she's mimicking the heart pose. Her character is based on the real female e-sports player and journalist, Marie-Laure "Kayane" Norindr.

Captain Torpedo
A sea captain from the Akusuka district who is fascinated towards sea life and Sayu. He made his first appearance in the Guerilla Collective day 2 stream with Sayu's gameplay preview.

You play as Mayday or Zuke as they fight against the NSR artists who can attack in a rhythm of the music, Both of them can use their instruments as melee weapons to attack enemies and also collect Music Notes to shoot the enemies, they can also parry the enemy's attacks if one of them is purple, they can play their instruments to turn objects into something gameplay related gadgets, Mayday could turn it into a turret or a rocket launcher, while Zuke can turn it into a fan or a speed pad, you can also upgrade to make the gadgets stronger. If the bosses were defeated in there final phase, Mayday and Zuke will perform a final blow on them, titled "Showstopper".

VIDEO TOUR – Introduction to NO STRAIGHT ROADS
Behind the scenes

Retrieved from "https://nsr-wikia.fandom.com/wiki/No_Straight_Roads_(Video_Game)?oldid=1875"
Community content is available under CC-BY-SA unless otherwise noted.